Archive for the tag “failure”

People See What They Want

Whether we are talking about “race”, gender, politics, or religion — you name the “category” and you can easily find examples of how people will passionately expound what they “see”.  I do it.  You do it.  We all do it, but know this, “Truth cares not about our opinions.”

For John the Baptist came neither eating bread nor drinking wine, and you say, ‘He has a demon.’  The Son of Man came eating and drinking, and you say, ‘Here is a glutton and a drunkard, a friend of tax collectors and “sinners.”‘  But wisdom is proved right by all her children.”  Luke 7:33-35

A few years ago I campaigned for public office.  Time and time again, I heard challenges to my “qualifications”.  This, I found interesting because I regularly saw other candidates with similar “qualifications” — college-educated, some were attorneys also, community-involved, etc. —, yet these shared “qualifications” somehow were accepted without question.  Was it because those candidates were white and male?  Note, I am/was neither.  Note also, I say, “and male”, because I have often seen white, female candidates’ “qualifications” publically challenged. 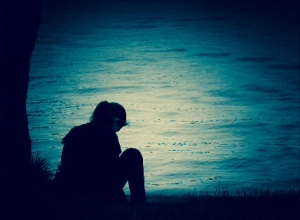 I remember an interview where Oprah was told that she would never make it (because she was deemed “unfit for television”).  Wait, similar sentiments were said about:  Rick Springfield, George Foreman, President Obama, Jack Canfield, Albert Einstein, Selma Hayek, Dr. Seuss, Steve Jobs, Michael Jordan, Walt Disney, Lucille Ball, Fred Astaire, Sidney Poitier, Steven Spielberg, Kerry Washington, Socrates, Abraham Lincoln, Marilyn Monroe, Vincent van Gogh, Emily Dickinson, Claude Monet, and many, many more.  Unfortunately, similar declarations are also made daily regarding the nation’s poorest children.  With every graduation, with every life lived productively, from this population a stereotype is defied.  They are considered failures because of their circumstance.

Who amongst us has never failed?

John the Baptist came and was rejected.  The Son of Man came and He was rejected.  Some were rejected, to never be heard from again.  Others’ rejection propelled them to a stage of mass audience — an audience awaiting inspiration,  and onto a stage where wisdom abounds.

Do not be discouraged by people’s opinion.  People see what they want.  Truth is Truth.  It produces wisdom.  It assembles Family.